What is Flutter and Dart? 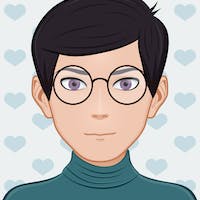 Subscribe to my newsletter and never miss my upcoming articles

Flutter is a tool that allows you to build a native cross-platform(iOS, Android) app with one programming language and codebase.

NATIVE CROSS-PLATFORM — you build two real apps with ONE PROGRAMMING LANGUAGE, you don’t need to learn one language for android and another for iOS, you write your code once and you still get two different apps as a result. The term flutter refers to two major things:

DART: So Flutter uses a programming language called Dart. Dart is a programming language that is focused on building front-end(mobile apps, web) user interface (UI) front-end apps development. It’s not limited to building mobile apps, that’s just what Flutter uses it for, but Dart is independent of Flutter and you can also build web apps with Dart. It’s a programming language that was developed by Google or is developed by Google, just like Flutter, so these are actually two independent teams in Google but of course, they’re working together to improve each other. Dart is an object-oriented and strongly typed language and its syntax is a bit like a mixture of JavaScript, Java, C# but you don’t need to learn or know anything about any of these languages. Flutter build up on Dart, Flutter is a framework for Dart and Dart actually is the programming language which we are using, Flutter then is a collection of tools, a set of features, utility functions, and these widgets which are implemented using Dart, so that you don’t have to reinvent the wheel there, but you can write your own Dart code and use these exiting widgets in your code so that you don’t have to again reinvent how a button should look like and work but use the pre-built button instead and then customize it to your requirements, that’s how it works. And in addition, Fluter also gives that SDK so all these tools for compiling your code in the end.

Got any Questions? Feel free to DM at:

Subscribe to my Telegram channel | Youtube channel | and also to hashnode newsletter in the input box above 👆👆. Thanks